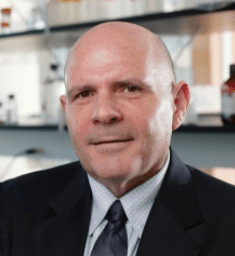 The 2020 awardee for the ISNSCE Nanoscience Prize is Professor Samuel I. Stupp from Northwestern University, where he is Board of Trustees Professor of Materials Science and Engineering, Chemistry, Medicine, and Biomedical Engineering.

Professor Stupp is a world leader and pioneer in the areas of self-assembly and supramolecular chemistry. One of his most important discoveries is a new class of self-assembling peptide amphiphiles that have shown great promise in regenerative medicine. He has inspired us with numerous fundamental discoveries in soft materials assembly and in using these principles to control biology (including making a paralyzed animal walk again!) and to create efficient organic electronic materials. He is one of the world’s Top 1% highest-cited researchers and has nearly 500 publications.

Prof. Stupp directs Northwestern’s Simpson Querrey Institute for BioNanotechnology and the Center for Bio-Inspired Energy Science, an Energy Frontiers Research Center funded by the US Department of Energy.  He is a member of the US National Academy of Engineering, the American Academy of Arts and Sciences, the Spanish Royal Academy,  the National Academy of Inventors, and a fellow of the American Physical Society, the Materials Research Society, and the Royal Society of Chemistry. Prof. Stupp’s awards include the Department of Energy Prize for Outstanding Achievement in Materials Chemistry, the Materials Research Society Medal Award, the American Chemical Society Award in Polymer Chemistry, the American Chemical Society Ronald Breslow Award for Achievement in Biomimetic Chemistry, the International Award from The Society of Polymer Science in Japan, and the Royal Society Award in Soft Matter and Biophysical Chemistry.  He has received honoris causa doctorates from Eindhoven Technical University in the Netherlands, the University of Gothenburg in Sweden, and the National University of Costa Rica.

International Society for Nanoscale Science, Computation and Engineering (ISNSCE) is a scientific organization founded in 2004. Its purpose is to promote the study of the control of the arrangement of the atoms in matter, examine the principles that lead to such control, to develop tools and methods to increase such control, and to investigate the use of these principles for molecular computation, and for engineering on the finest possible scales.

Follow "ISNSCE conferences" in the main menu for more information.